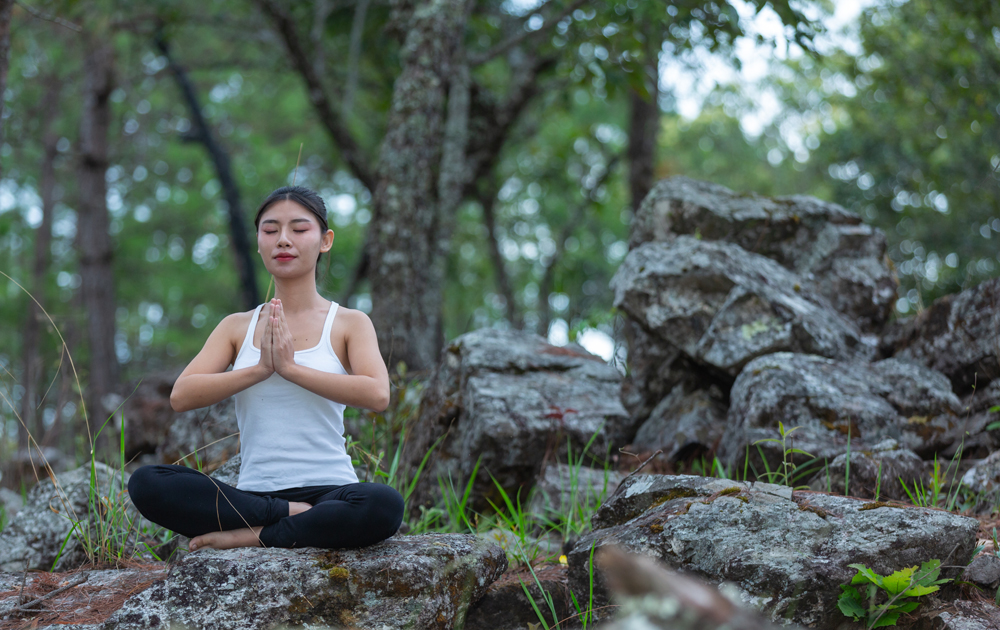 More often than not people take breathing for granted unless they are among those few who suffer from breathing illness and complications such as asthma. Asthma is a respiratory disease that severely narrows the airways in the lungs making it nearly impossible to catch a breath. The condition required people with asthma to always be cautious and vigilant as even a small trigger can lead to a serious attack that can be difficult to handle. However, Ayurveda and Yogic lifestyle recommendations suggest that asthma can be well-managed with breathing exercises such as Pranayama. How can that help? We’ll see here.

Asthma in Ayurveda is referred to as Svasa Roga which can literally translate to breathing/respiratory disease. According to the ancient Ayurvedic text, Charak Samhita, Asthma is caused due to the imbalance of the three Doshas – Vata, Pitta and Kapha. The condition can cause symptoms such as difficulty breathing, wheezing, coughing and irritability. Ayurveda differentiates asthma based on the type of Dosha imbalance. It identifies five major types namely – Maha Svasa, Urdhva Svasa, Chinna Svasa, Tamaka Svasa and Ksudra Svasa.

Is Pranayama Good for Asthma? 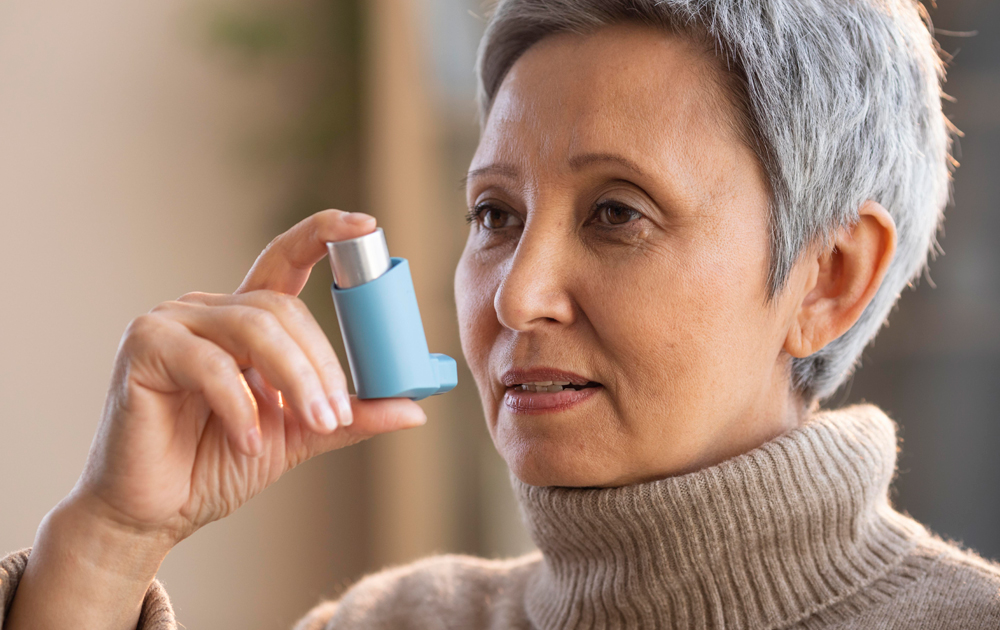 Although asthma is an incurable disease, modern medicine has several methods to help patients manage it better. However, it often requires the consumption of medicines and carrying an asthma pump around all the time. For such reasons, many patients are moving to alternative therapies like Ayurveda. Pranayama, a Yogic breathing exercise, has gained popularity in the past few years as it’s believed to benefit asthma patients.

Today, Pranayama for asthma has been proven beneficial by research studies and has enough scientific evidence to back the claims. Several studies have found that regular Pranayama practice can have positive effects on asthma patients and benefit them in the below-mentioned ways:

Improved Respiratory Rate: Studies have found that Yoga practice brings a significant reduction in basal oxygen demand which is beneficial for asthma patients. It is also found that Pranayama leads to relaxation in the skeletal muscle which creates a voluntary control over respiratory muscles.

Increases Lung Capacity: It has been proven that Pranayama and other breathing techniques increase lung capacity. When lung capacity is increased, breathing becomes comfortable and respiratory muscle strengths also increase.

Strengthens Respiratory Muscles: Certain forms of Pranayama can be beneficial for increasing respiratory muscle strength as Pranayama helps ensure that your body uses lung spaces with the help of respiratory muscles. This increases the peak expiratory flow rate which is considered to be an essential for opening small airways in the lungs.

Makes Lungs Healthy: Pranayama helps the lungs and chest inflate and deflate to their fullest capacity which in turn not only strengthens the respiratory muscles but also improves the health of the lungs.

This article is reviewed by Suchitra Marwah

Dos And Don’ts Before And After Panchkarma Treatment

How Does Yoga Work for Your Mental Health?