How Beneficial is Tamarind?

Tamarind which is used for its exquisite taste and health benefits has also tons of industrial uses. It is a principal raw material used in manufacturing polysaccharide “jellose,” tannin and adhesive. Tamarind has varied and abundant nutrient content like calcium, iron, Vitamin C, Vitamin A, potassium, niacin, phosphorus, magnesium and dietary fibres. Some other benefits of tamarind are listed below:

Tamarind for Constipation and Diarrhoea

Since ancient times tamarind is used for its laxative effects as it contains the perfect balance of dietary fibre, potassium and tartaric acid. It promotes defecation for constipated patients. In case of diarrhoea, it is suggested to use the leaves of the tamarind plant in infusions.

Not just the fruit but tamarind leaves are also effective against both chronic and acute inflammation. It is advised to not rely alone on the plant for the treatment. Rather adding tamarind juice to a regular diet along with proper treatment can provide faster results. 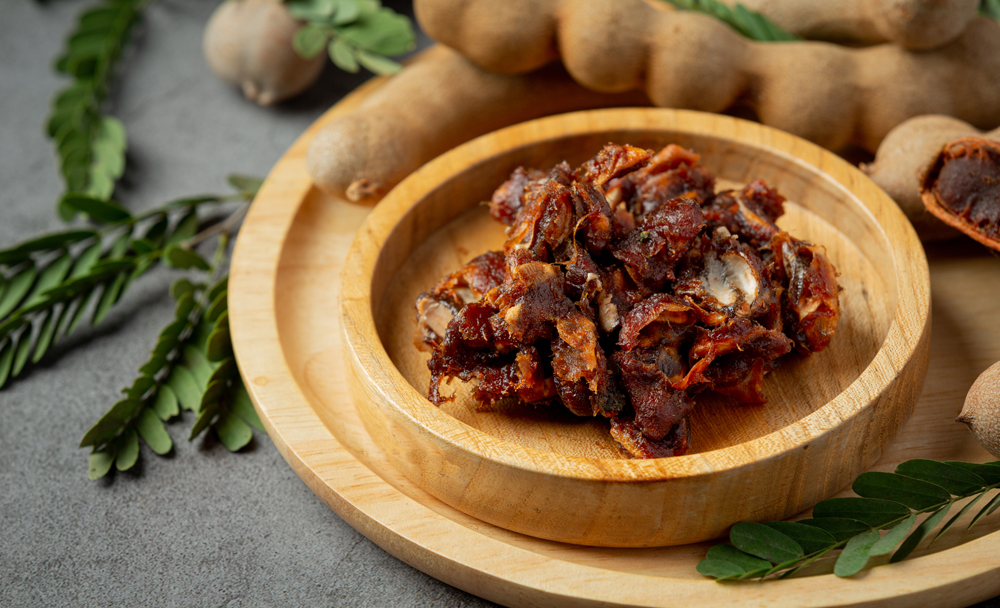 Tamarind is widely used as a topical antiseptic. It is effective against a variety of viruses, fungi and infections like aspergillus niger, escherichia coli, kelbsiella pneumoniae, Salmonella typhi, among others.

Tamarind contains flavonoids and polyphenols which are known for controlling the levels of HDL-LDL (good and bad cholesterol) and triglycerides in the blood. Tamarind seeds have also been said to show some positive effects on the immune system which also helps in controlling cholesterol levels and defends the cardiovascular system.

The liver is the most affected organ in modern times due to unhealthy lifestyle habits. It plays a crucial role in detoxification and digestion. Consuming tamarind in any form regularly helps in improving liver health.

both of which are responsible for various skin disorders, including acne.

Obesity is not the reason for overeating alone but is also because of metabolic disorders that impede the body to use energy and fat from food correctly. Tamarind consumption helps in regulating lipid metabolism and eases detoxification.

The rapid transition in the diet patterns and also the varying lifestyle of the people has brought a momentous upsurge in several chronic as well as degenerative diseases. An excess of foods having functional and nutraceutical significance has come into view recently. Tamarind is such a fruit which has great health as well as some industrial uses also.

Disclaimer: The information provided is based on information gathering. It is for general information and is not meant to substitute any medical advice. Consult your healthcare provider for any health-related concerns.

How much do you know about Ayurvedic herbs? (Take a Quiz)